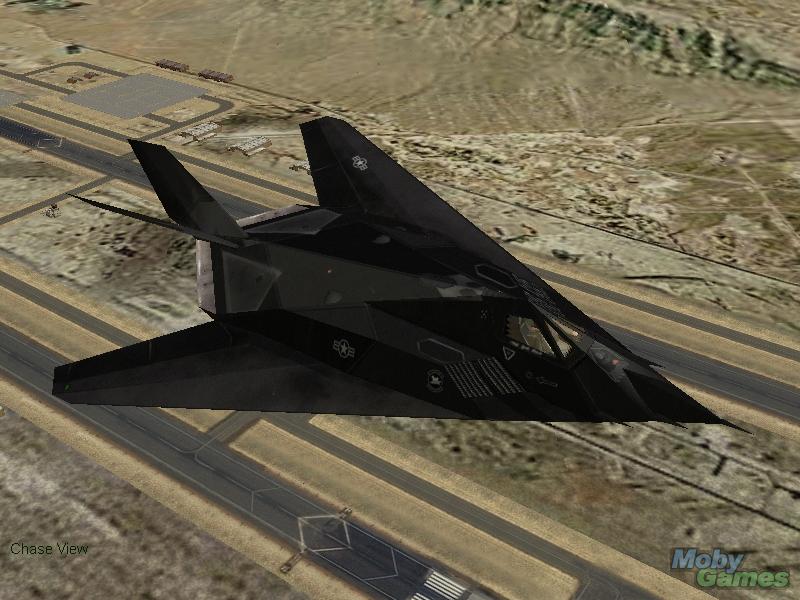 Recently, I had the opportunity to stumble across an interesting site on the World Wide Web. At www.nightbomber.com I found the home-page of a non commercial combat flight simulation! In development by dedicated volunteers, working for no pay, this intrepid group intends to develop an all-new combat simulation focusing on the Allied night-bombing campaign in Europe during the latter part of World War II. I was fascinated, and contacted Eddie Walters, the project leader, for more information and a couple of screenshots for you. Eddie responded, and not only Eddie, but Rick Gall, the coding brains behind the project! Let’s head to the WG studio and take a look at this new project with our show: “Twenty Questions!”

Cat: What is Target for Tonight (TfT)?

Eddie: Target for Tonight is a new flight simulator that’s under development, based on the British Royal Air Force’s night bombing campaign of WWII.

Cat: What caused you to decide to do a combat simulation?

Eddie: The simulator project was born out of the discontent about the failure ofthe recent bomber simulator “B17 Flying Fortress – the Mighty Eighth”, whichlike many products it was pushed out the door by the publisher before it was ready, so it was always going to be something along basically similar lines to that sim.Cat: Tell us about the organization putting TfT together.

Eddie: The crew putting the sim together are all volunteers. The core of the teamwas formed in late August 2000 from a group of friends at the”Bombs-Away.net” site (www.bombs-away.net), and since then we’ve had people contacting us offering help. We have a fairly relaxed structure to the team – basically there arethe project leaders, and we ask members of the team to do parts to contribute to the whole. The majority of the team effectively work ascontractors.

Cat: Who’s involved in this effort? What are their backgrounds?

Eddie: The core members of the team are:

Richard “rickgenius” Gall. Rick is a self employed professional programmer from Scotland, and he is the lead programmer and project coordinator. He is currently working on the 3D engine and core technologies.Edward “Eddie” Walters. I’m an aerospace engineering student with a longheld interest in Bomber Command and the night war over Germany. My role in the team is as a modeller and designer. I make a lot of the decisions on what aircraft and technology we put in the sim, and how to implement them.Together we control the project overall, deciding how everything will be done. We’ve also got many researchers, artists and sound folks working awayfor when their expertise is needed.

Cat:  How on Earth did you pull all those people together?

Rick: It wasn’t difficult to get volunteers to work on this project. It’s avery attractive proposition for anyone with skills that can be contributed.The hardest part was finding people willing to see it through to completionas this is a long term project. As a result of this the team has went through a number of changes but is now more stable than ever.

Cat: Your organization is a nonprofit, isn’t it? Why that, rather than selling TfT toone of the big game houses?

Eddie: We realized that virtually all the recent sims have been released unfinished due to publisher pressure, so we just sidestepped that issue by not having one! It does have disadvantages of far more limited funds, but you can’t have everything!

Rick: The primary reason why we went non commercial and didn’t approach a publisher is because with a publisher investing money, there are certain legal obligations and time frames to meet. Since T4T is made up of skilled volunteers it would be impossible to make such guarantees. Also remembering that T4T was sparked into existence at the frustration of other flight sims before rushed out the door by publishers before they were ready and in buggy unstable states for a quick profit. We want T4T to be done ‘right’ and to be a quality product. The truth is if we tried to create this product in its current sense under the wing of a large corporate publisher, that wouldn’t be possible. Money doesn’t guarantee quality.

Cat: Why night-bombing in WWII?

Eddie: The night bombing aspect of WWII has been virtually ignored in the past by developers, but it’s a fascinating part of the war. The technology used in the electrical arms race was more advanced than any other used in the war, and was amazing for the time. Another unusual aspect for WWII sims is the tactical side, straight dogfighting tactics will very rarely be used because of the low visibility. It will be far more of cat(!) and mouse game. It will also hopefully commemorate the 55,000 men of RAF Bomber Command, and the thousands of Luftwaffe crewmen who never returned from operations.